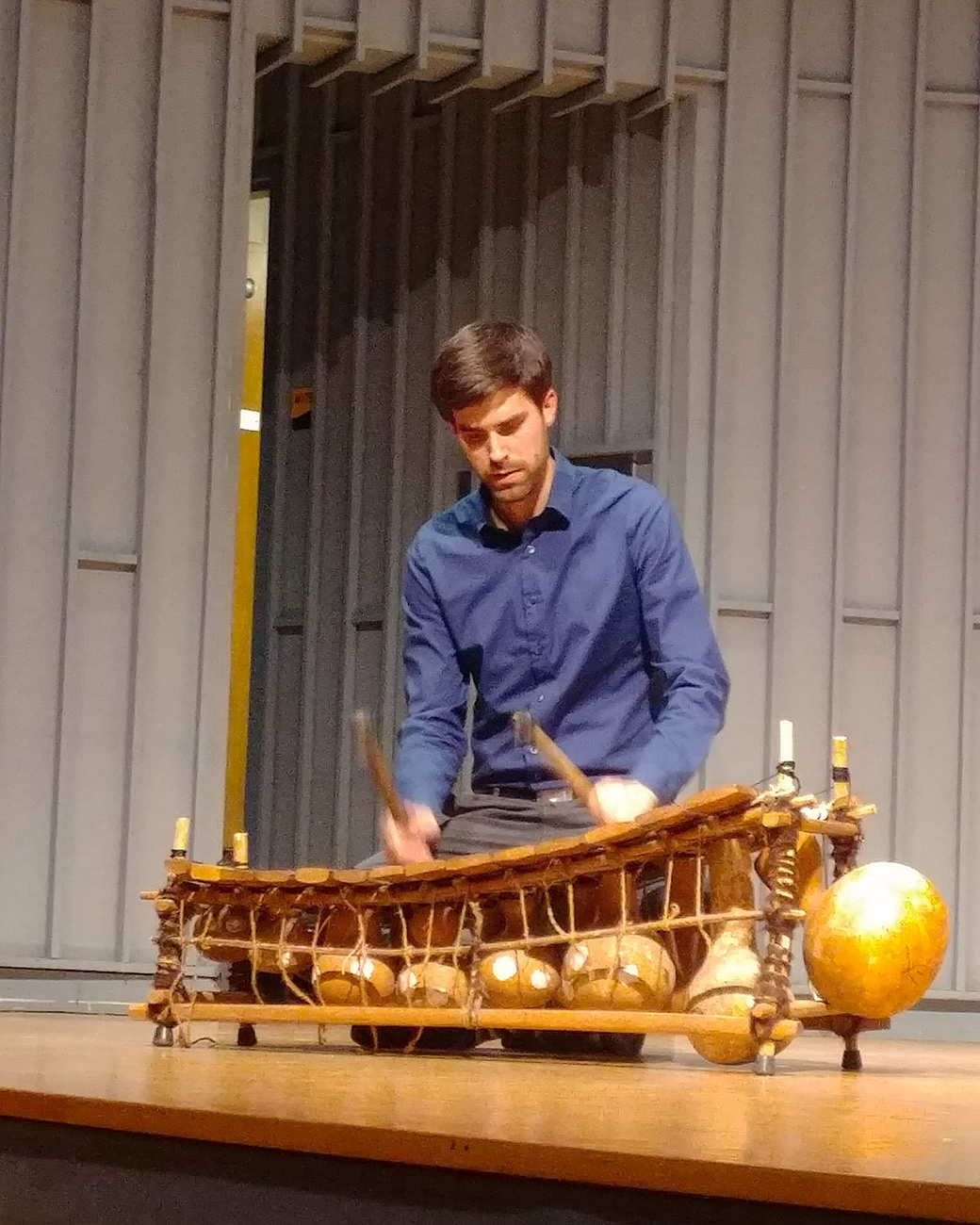 The year has certainly taken an interesting turn due to the Covid-19 pandemic, with all performances being canceled and schools moving online. Online teaching presents many challenges to still present meaningful instruction through video, especially when considering students typically don’t have access to large equipment at home. The biggest disappointment comes from canceled concerts, which are where students typically gain very valuable experiences and are irreplaceable. We had two different percussion concerts scheduled for the end of the year, including a new World Percussion Night event, along with several guest artists. We’re doing the best we can with the circumstances and looking forward to a return to normal, whenever that may be!

I had many performances scheduled from March through May that were also canceled and removed from my calendar. Before that though, I had been keeping busy with several fun and well-received projects. Right before the pandemic hit, I performed at both the North American Saxophone Alliance National Convention and the Shockingly Modern Saxophone Festival with my colleage Dr. Nicki Roman as part of our duo, Romex Duo. We commissioned and premiered two new works by our composition colleagues, Dr. Phillip Sink and Dr. William Heinrichs. I also performed a concerto with the UWM Youth Wind Ensemble (“UWAY”) program in late February, which was a lot of fun to collaborate with those great high school musicians in that capacity. While I was in Phoenix, AZ for the NASA conference, I also presented a clinic to the Arizona State University percussion studio.

I continued with the Wisconsin Philharmonic this season for concert cycles in October and February. I joined the Weidner Philharmonic in February for a concert as part of their inaugural season too. At the end of 2019, I joined the Milwaukee Symphony for a week in mid-December as well as being asked to judge the Milwaukee Public School District “Battle of the Drumlines” in early December, which was a very fun event!

Earlier in the fall semester, I presented a full faculty solo recital at UWM in addition to presenting a clinic at University of Wisconsin-Parkside for their percussion students. In September, it was a lot of fun to perform with Present Music, Milwaukee’s contemporary music ensemble.